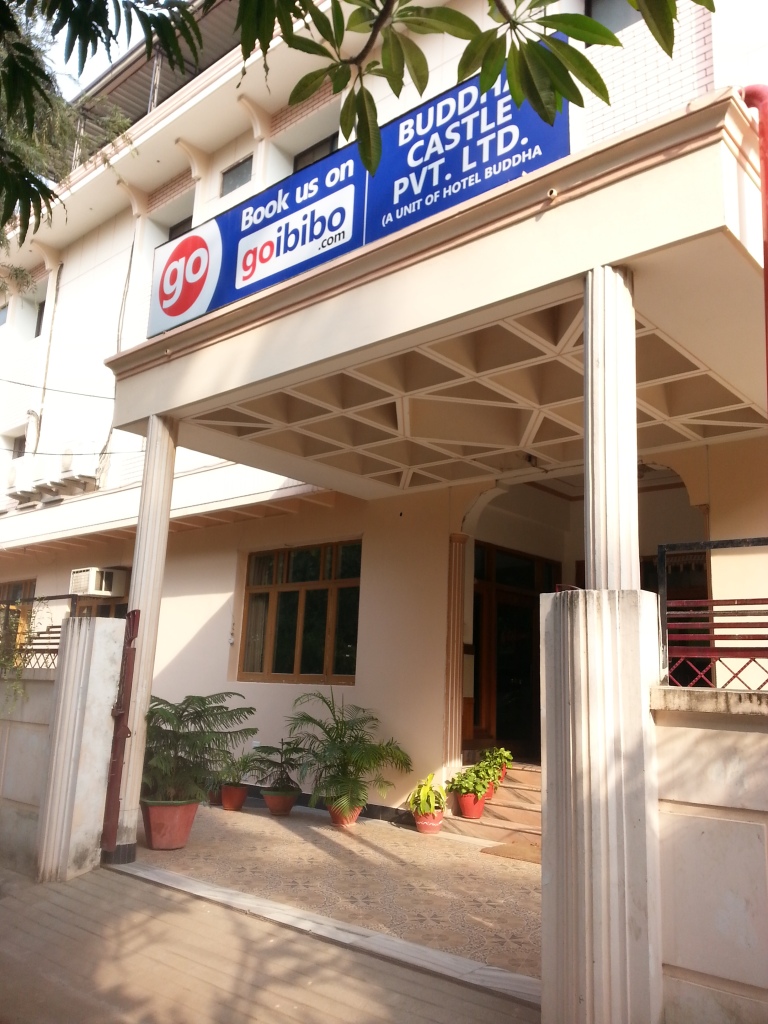 The Italian Marine Case has occupied the national consciousness in many ways. The diplomats are feeling the pressure! There are some other Italians too however who have been in the news.

Francesco Montis arrived at Varanasi with Tomaso and Elsia on 31st January, 2010. They checked in at Hotel Buddha, Room No. 459. It was unimaginable for the Hotel to believe that two men and a lady could be sharing the same Room and probably thought of the trio to be deviant from the very outset. On 4.2.2010, Francesco Montis was dead.

Some facts in the case are beyond question. Between the evening of 3.2.2010 and 4:00 AM on the morning of 4.2.2010 – Francesco, Tomaso and Elisa were holed up in Room No. 459. Francsco and Elisa were instrumental in informing the Hotel Manager that Francesco was certainly sick, at about 8:00 AM. But Francesco was declared brought dead at the Hospital.

The exact time of his soul’s exit is indeterminate. Tomaso and Elisa told the Court that they had left for a ‘morning exploration’ of Varanasi at about 4:00 AM. Francesco stayed behind for he was sick from the day before. At about 8:00 AM when they returned to Room No. 459, they found Francesco to be unconscious. While the Hotel Manager accepted that Francesco could have been sick from the night before, it was alleged Tomaso and Elisa never left the Hotel as described. As an ‘improvement’, it was later insinuated that, “physical intimacy” and “expression of love” between Tomaso and Elisa depressed Francesco… which led to his murder.

The Trial Court and the High Court did not find much in favor of Tomaso and Elisa. The Hon’ble Supreme Court of India conceded, first, that it would have been impossible to examine witnesses for Tomaso and Elisa were foreign nationals visiting India as tourists. It was further held in Tomaso Bruno & Anr. v. State of Uttar Pradesh, [Criminal Appeal No. 142 of 2015]:

“In every case based upon circumstantial evidence, in this case as well, the question that needs to be determined is whether the circumstances relied upon by the prosecution are proved by reliable and cogent evidence and whether all the links in the chain of circumstance are complete so as to rule out the possibility of innocence of the accused.”

“The burden was for the prosecution to establish that they remained inside the Hotel Room from 3.2.2010 till the next day morning 8.00 A.M. in the Hotel.”

“The Hotel Manager stated that CCTV cameras are installed in the boundaries, near the reception, in the kitchen, in the restaurant and all three floors…Omission to produce CCTV footage, in our view, which is the best evidence, raises serious doubts about the prosecution case….It is not the case of the prosecution that CCTV footage could not be lifted or a CD copy could not be made.”

“The presumption under Section 114 (g) of the Evidence Act is only a permissible inference and not a necessary inference….Notwithstanding the fact that the burden lies upon the accused to establish the defence plea of alibi in the facts and circumstances of the case, in our view, prosecution in possession of the best evidence-CCTV footage ought to have produced the same. In our considered view, it is a fit case to draw an adverse inference against the prosecution under Section 114 (g) of the Evidence Act that the prosecution withheld the same as it would be unfavourable to them had it been produced.”

“On behalf of the appellants, it was submitted that there was nothing like a love triangle between them and the deceased and they are foreigners and their social values are substantially different from the Indians… It was submitted that prosecution has failed to establish the motive propounded against the accused persons which is an important circumstance in a criminal case based on circumstantial evidence.”

“It has to be pointed out that it has come in evidence that the deceased was a strongly built man and in the circumstances, it is rather strange that no external marks were found on the body which could demonstrate that there had been a struggle. The absence of struggle and the corresponding external injuries is yet another vital aspect which had gone unnoticed by the Courts below.”

“By and large, this Court will not interfere with the concurrent findings recorded by the Courts below. But where the evidence has not been properly appreciated, material aspects have been ignored and the findings are perverse under Article 136, this Court would certainly interfere with the (concurrent) findings of the Courts below. In a case based on circumstantial evidence, circumstances from which inference of guilt is sought to be drawn should be fully proved and such circumstances must be of conclusive nature pointing to the guilt of accused.”

Apparently, Francesco and his mates had some hash and heroin on the evening of 3.02.2010. Francesco was a chain smoker with a deep growling cough and indeed once was in a long-term relationship with Elisa.

It is indeed an achievement that this present case has stood resolved in 4 years. The diplomatic pressure here too cannot be discounted. Is the freedom for Tomaso and Elisa being offered as a false concession while the Italian Marines continue to suffer under our prejudices? Only time will tell. Sì!