‘Res judicata’ literally means a ‘thing adjudicated‘ or ‘an issue that has been definitively settled by judicial decision‘. The principle operates as a bar to try the same issue once over. It aims to prevent multiplicity of proceedings and accords finality to an issue, which directly and substantially had arisen in the former suit between the same parties or their privies and was decided and has become final, so that the parties are not vexed twice over; vexatious litigation is put an end to and valuable time of the Court is saved. Jaswant Singh v. Custodian of Evacuee Property, (1985) 3 SCC 648 laid down a test: “the test is whether the claim in the subsequent suit or proceedings is in fact founded upon the same cause of action which was the foundation of the former suit or proceedings.”

‘Cause of action’ came to be interpreted in Kunjan Nair Sivaraman Nair v. Narayanan Nair, (2004) 3 SCC 27: “in the restricted sense cause of action means the circumstances forming the infraction of the right or the immediate occasion for the action. In the wider sense, it means the necessary conditions for the maintenance of the suit, including not only the infraction of the right, but the infraction coupled with the right itself. Compendiously the expression means every fact which would be necessary to prove, if traversed, in order to support right to the Judgment of the Court. Every fact which is necessary to be proved, as distinguished from every piece of evidence which is necessary to prove each fact, comprises in cause of action.”

While explaining the Doctrine of Ouster, the Hon’ble Judges Joseph and Nariman quoted Syed Shah Ghulam Ghouse Mohiuddin v. Syed Shah Ahmed Mohiuddin Kamisul Quadri, (1971) 1 SCC 597: “on the contrary, possession by one co-owner is presumed to be the possession of all the co-owners unless it is established that the possession of the co-owner is in denial of title of co-owners and the possession is in hostility to co-owners by exclusion of them. In the present case there is no evidence to support this conclusion. Ouster is an unequivocal act of assertion of title. There has to be open denial of title to the parties who are entitled to it by excluding and ousting them.” 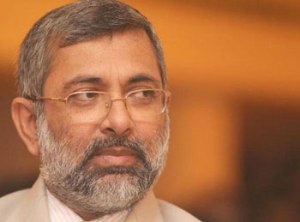