‘‘If India ever finds its way back to the freedom and democracy that were proud hallmarks of its first eighteen years as an independent nation, someone will surely erect a monument to Justice H.R. Khanna of the Supreme Court.”

The Time Magazine, London on March 18, 1996 published an interview of former Chief Justice of India P.N. Bhagwati where he stated,

“The Supreme Court (of India) today is the most powerful Court in the world… Indians are less likely to rely on Politicians for redress of their grievances than on the Supreme Court. From garbage disposal to the removal of polluting factories from the vicinity of the Taj Mahal, hardly any matter seems beyond the Court’s purview.”

Recently in 2016, Justice Jasti Chelameswar was conferred with a rare honour at an event in Illinois for his landmark Judgements in several cases of national importance.

These are some of the instances in the last 41 years when the foreign media has run a story on an Indian Supreme Court Judge. One would imagine SC judges are poster boys in India, frequently making it to magazine covers.

This is one such cover, depicting former CJI R.M. Lodha as a cricket umpire: 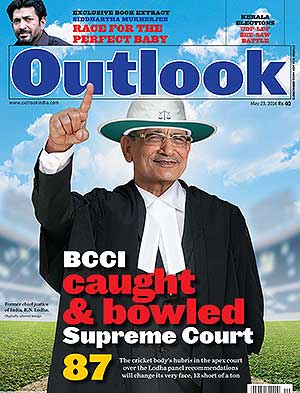 This is another where CJI T.S. Thakur is seen shedding a tear at a conference: 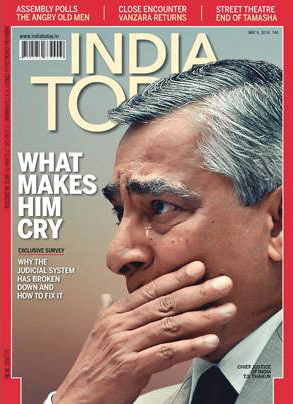 These, both from May, 2016 are perhaps the only two occasions when an SC Judge made it to an Indian magazine cover between 1976 and 2016 [Note: I am only looking at magazines in English]. Caravan followed suit in June, 2017: 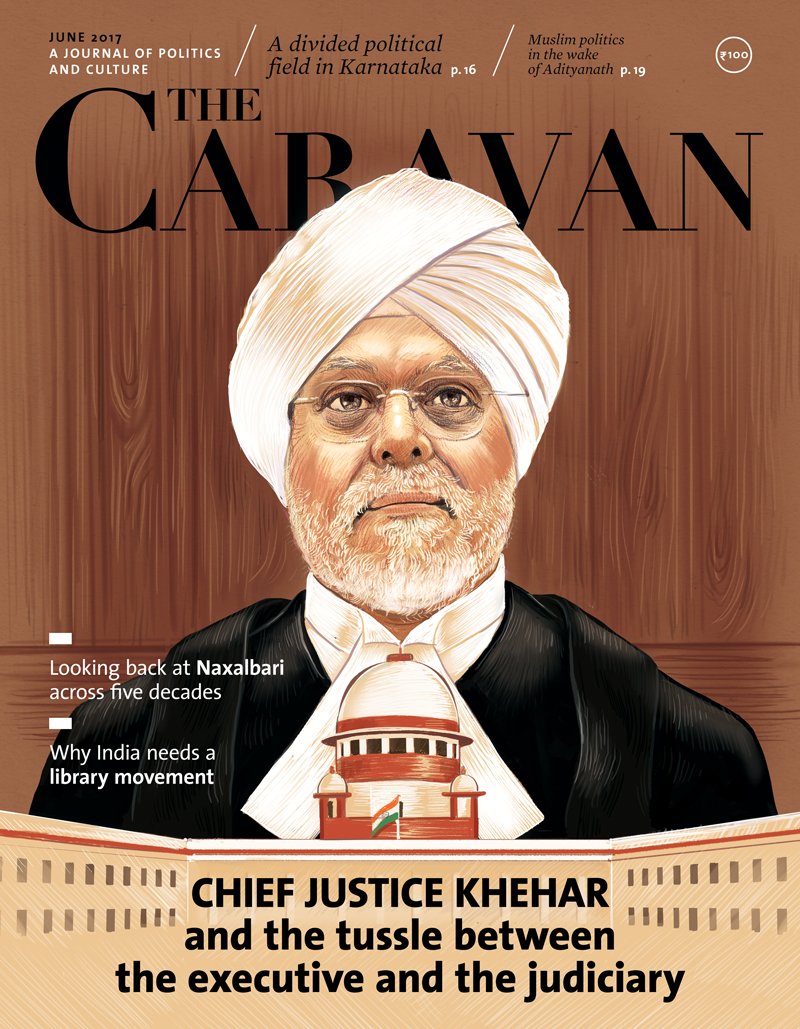 Caravan was relaunched in 2010. Between January, 2010 and June, 2017 we have had 8 CJIs. All of them dynamic and news worthy. None of them fit the bill with Caravan, except for Justice J.S. Khehar, whose tenure as CJI is a mere 8 months. In contrast, Justice Y.V. Chandrachud served as CJI for 7 years, headed a BCCI-instituted one-man investigation commission in 1997, and only got this: 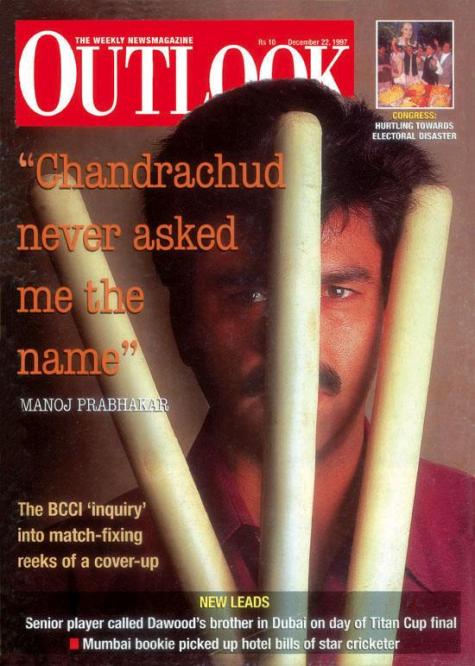 The NJAC Judges did not even have their names mentioned: 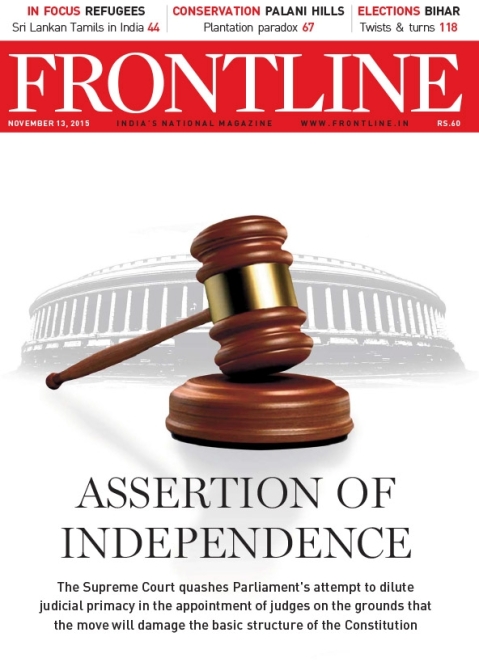 The 4 decade-old hesitation of putting a SC judge’s face on a magazine is indicative of its suspect profitability. A trend that is likely to change very soon. I wonder why the hitherto ignored SC judge would allow it for free?

Just as I had predicted, the trend is changing. The Latest Cover of Outlook (reasons can be found here): 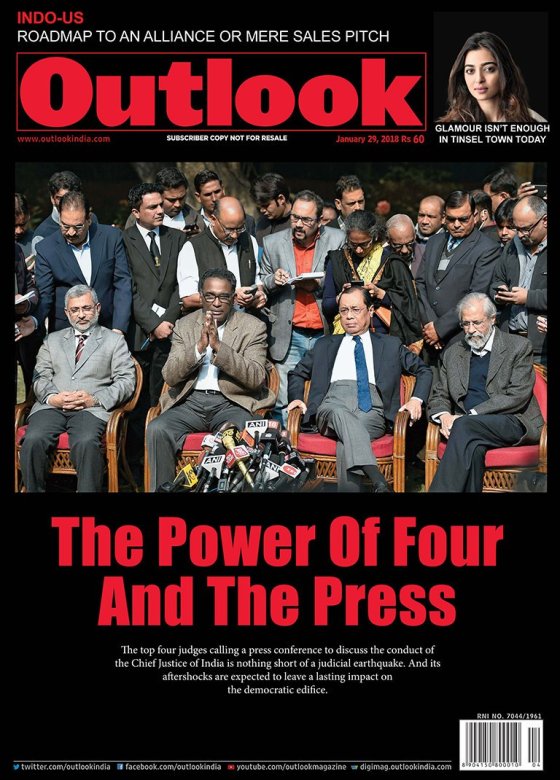 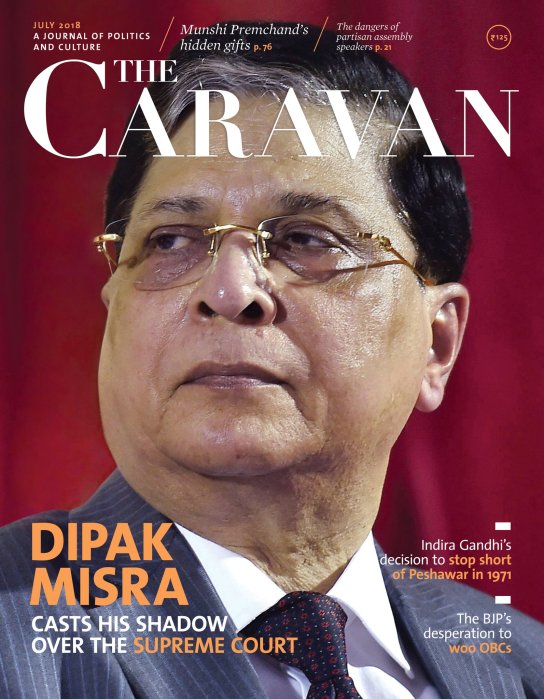 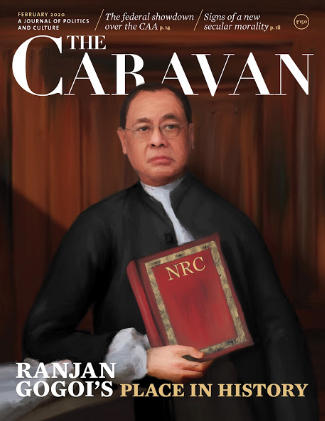