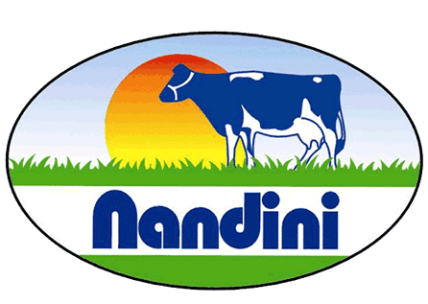 The Respondent, a Cooperative Federation of Milk Producers of Karnataka, adopted the mark ‘NANDINI’ in the year 1985 and under that brand name produced and sold milk. The Appellant adopted the mark ‘NANDHINI’, for its restaurants in the year 1989, and applied for registration of the said mark in respect of various food items sold. The Respondent opposed the registration stating i) the mark used by the Appellant was deceptively similar; ii) ‘NANDINI’ had acquired a distinctive character and the public associated ‘NANDINI’ with the Respondent. The Intellectual Property Appellate Board, Chennai cancelled the registration granted by the Deputy Registrar, TM in favour of the Appellant. The High Court in turn confirmed the cancellation.

Some facts are undisputed:

A. Though the Respondent is a prior user, the Appellant used the trade mark ‘NANDHINI’ for 12-13 years before it applied for a registration of the trade mark in respect of its products.

C. NANDINI/NANDHINI represents the name of a Goddess, even a cow in Hindu Mythology. The Respondent has neither invented nor coined the word.

D. The nature and style of the business of the Appellant and the Respondent are altogether different.

E. Though there is a phonetic similarity, the trade mark, with its logo, adopted by the two parties are altogether different. The manner in which the Appellant has written NANDHINI as its mark is totally different from the style adopted by the Respondent for its mark ‘NANDINI’. Further, the Appellant has used and added the word ‘Deluxe’ and, thus, its mark is ‘NANDHINI DELUXE’. It is followed by the words ‘the real spice of life’. There is a device of lamp with the word ‘NANDHINI’. In contrast, the Respondent has used only one word, namely, NANDINI which is not prefixed or suffixed by any word. In its mark a ‘Cow’ is used as a logo, beneath which the word NANDINI is written, encircled by an egg shape circle. When seen in totality, there is hardly any similarity between the Respondent’s and the Appellant’s mark.

The SC has thus held:

“The two marks are not deceptively similar.  Visual appearance of the two marks is different. They even relate to different products. It is difficult to imagine that an average man of ordinary intelligence would associate the goods of the Appellant as that of the Respondent… A significant factor which was lost sight of by the IPAB as well as the High Court is that the Appellant is operating a restaurant under the trade mark ‘NANDHINI’ and it had applied the trade mark in respect of goods like coffee, tea, cocoa, sugar, rice, rapioca, sago, artificial coffee, flour and preparations made from cereals, bread, pastry, spices, bill books, visiting cards, meat, fish, poultry and game; meat extracts; preserved, dried and cooked fruits and vegetables; jellies, jams, fruit sauces, etc. which are used in the products/services of restaurant business. The aforesaid items do not belong to Class 29 or 30. Likewise, stationery items used by the Appellant in the aid of its restaurant services are relatable to Class 16. In these circumstances, there was hardly any question of confusion or deception… Having arrived at the aforesaid conclusion, the reasoning of the High Court that the goods belonging to the Appellant and the Respondent belong to same class and, therefore, it is impermissible for the Appellant to have the registration of the concerned trade mark in its favour, is meaningless… There is no such principle of law.

“On balance, it is hard to argue that an Appellate Proceeding — which is, in most cases, constrained to run on the fumes of the original opposition petition — is the right vehicle to ask a question of this nature… The Supreme Court could just as easily have issued a direction requiring the parties to persuade the Registrar of their credentials afresh for this purpose. However, it opted not to do so, and that is significant… The confirmation by the Supreme Court of the Registrar’s order is very much a fair conclusion. However, the reasons most directly informing this conclusion are the finding on the absence of deceptive similarity, and the Appellant’s disavowal of “milk and milk products” from its class claim. This is a point of no small significance. Early reactions to the decision — including by Live Law, The Times of India, and Deccan Herald — have mislaid the influence of these factors almost uniformly, focusing instead on the Court’s observations on eliminating class squatting. By contrast, a sharp, balanced summary of the facts informing the Court’s decision appears on Rudrajyoti Ray’s Supreme Court Blog.“