It should be interesting to note, crushed capsules of poppy, ‘poppy husk’, even though isn’t ‘poppy straw’, bears the same meaning as ‘poppy straw’ under The NDPS Act.

Baljinder Singh was driving a Qualis, PB-13-D-7000. Khushi Khan was sitting with the driver. The vehicle was searched, during which 7 bags of poppy husk, each weighing 34 kilograms, were found.

High Court acquitted Baljinder Singh and Khushi Khan. It was observed, there was complete infraction of Section 50.

The question that eventually arose was if a person, found to be in possession of a vehicle containing contraband, is subjected to personal search, which may not be in conformity with the requirements under Section 50, but the search of the vehicle results in recovery of contraband material, which stands proved independently, would that person be entitled to benefit of acquittal on the ground of non-compliance of Section 50 even in respect of material found in the search of the vehicle.

“State of Punjab v. Baldev Singh, (1999) 6 SCC 172 considered what would be the resultant effect, in case the requirements of Section 50 were not complied with. The law is well settled, an illicit article seized from the person during personal search conducted in violation of the safe-guards provided in Section 50 cannot by itself be used as admissible evidence of proof of unlawful possession of contraband. It is well settled, the mandate of Section 50 is confined to ‘personal search’ and not to search of a vehicle or a container or premises. Baldev Singh clearly states, the conviction may not be based ‘only’ on the basis of possession of an illicit article recovered from personal search.

In the instant case, the personal search did not result in recovery of any contraband. Even if there was any such recovery, the same could not be relied upon for want of compliance of the requirements of Section 50. But the search of the vehicle and recovery of contraband pursuant thereto having stood proved, merely because there was non-compliance of Section 50 as far as ‘personal search’ was concerned, no benefit can be extended so as to invalidate the effect of recovery from the search of the vehicle.

We reduce their substantive sentence from 12 years to 10 years while maintaining other incidents of sentence, the payment of fine and the default sentence, unaltered.“ 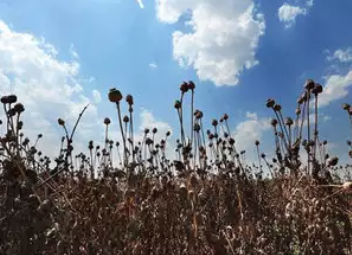