“On February 1, 2011 when Himgiri Express left Shahjahanpur Railway Station with hundreds of men on roof top and headed towards Rosa town, an accident took place at Hathaurda Railway Over Bridge near Mohammadabad. The Railway Over Bridge was not tall enough and the gap between the roof of the coach and the bottom of the Over Bridge was hardly 3 feet. The train was speeding fast and by the time the young men on roof top saw the approaching Bridge it was too late. At least 14 young men were crushed there and then with 20 others seriously injured having been hit by the Over Bridge and fallen from roof top. Despite this mishap, the train continued running for a while and it finally stopped some 3 kms from the place of incident. The speed of the train at the time of accident is considered as 75 kmph.

In our view, it must be expected of the persons concerned to be aware of the inherent danger in allowing the train to run with such speed having large number of persons travelling on roof top. Though the people who travelled on roof top also contributed to the mishap, the Railway Administration, in our view, was not free from blame. Concluding so, we direct, next of kin of those who died in the incident and those who sustained injuries must be duly compensated. 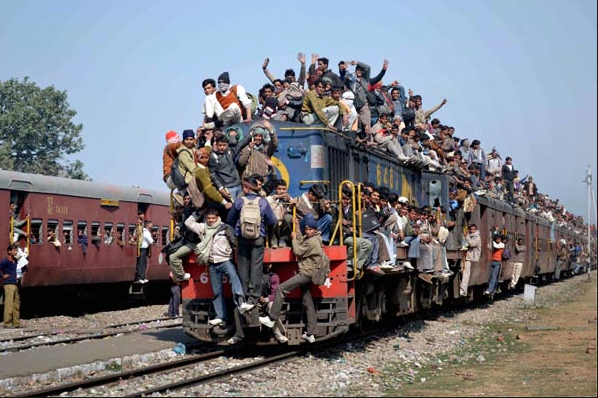