Former Judge of the High Court of Australia is a self-declared homosexual. William Rehnquist, the 16th Chief Justice of the United States, was once addicted to ‘placidyl’. There is no definitive example of a quirky Indian Judge. In this new series, I shall bring to you the names of 10 Indian Judges who I think have had a life, a shade different from Black or White.

“On the arrest of a Sitting Judge of the Delhi High Court by the CBI the Media had gone to Sarin J. for his comments and even this, it was stated, might lead him (Sarin J.) to harbour ill will against R.K. Anand” – R.K. Anand v. Registrar, Delhi High Court (2009) 8 SCC 106. 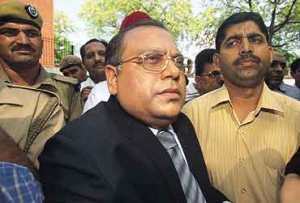 The Sitting Judge is Justice Shamit Mukherjee. A Report by The Outlook Bureau, “Judge Dread”, reveals Mukherjee was partial to attractive women and partying. All while his wife was confined to a wheel chair. Later he was arrested for an alleged involvement in a land scam.

In Dharambir v. Central Bureau of Investigation, 148 (2008) DLT 289 the Ld. Single Judge notes, “even after he became a Judge of this Court, Mukherjee used to visit premises of Khattar at 431, Mathura Road, Jangpura Extension, New Delhi and enjoy the hospitality“. 431, Mathura Road, Jungpura Extension is said to have been THE SPOT for Mukherjee. It is now all locked up, discarded and forgotten. From my personal treasure trove: 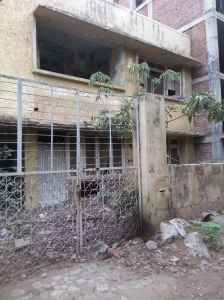