The Petitioners have stated that they learnt of the practice of restricting the entry of women in the age group of 10 to 50 years in the Sabarimala Temple in Kerala from three newspaper articles written by Barkha Dutt (Scent of a Woman, Hindustan Times; July 1, 2006), Sharvani Pandit (Touching Faith, Times of India; July 1, 2006), and Vir Sanghvi (Keeping the Faith, Losing our Religion, Sunday Hindustan Times; July 2, 2006).

In a secular polity, issues which are matters of deep religious faith and sentiment, must not ordinarily be interfered with by Courts.  Judicial review of religious practices ought not to be undertaken, as the Court cannot impose its morality or rationality with respect to the form of worship of a deity. Doing so would negate the freedom to practice one’s religion according to one’s faith and beliefs. It would amount to rationalizing religion, faith and beliefs, which is outside the ken of Courts.

If the tenets of a religion lay down that certain ceremonies are to be performed at certain times in a particular manner, those ceremonies are matters of religion, and are to be protected as a religious belief. The religious practice of restricting the entry of women between the ages of 10 to 50 years, is in pursuance of an ‘essential religious practice’ followed by the Respondents. The said restriction has been consistently, followed at the Sabarimala Temple, as is borne out from the Memoir of the Survey of the Travancore and Cochin States published in two parts in 1893 and 1901.

Based on the material adduced before this Court, the Respondents have certainly made out a plausible case that the practice of restricting entry of women between the age group of 10 to 50 years is an essential religious practice of the devotees of Lord Ayyappa at the Sabarimala Temple being followed since time immemorial.  The restriction on women within a certain age-band, is based upon the historical origin and the beliefs and practices of the Sabarimala Temple.

Popular notions about what is moral and what is not are transient and fleeting. The draftspersons of the Constitution would not have meant that the content of morality should vary in accordance with the popular fashions of the day.

Mr. J Sai Deepak, Learned Counsel, urged that the presiding deity of the Sabarimala Temple, Lord Ayyappa, is a bearer of constitutional rights under Part III of the Constitution. It was submitted that the right to preserve the celibacy of the deity is a protected constitutional right and extends to excluding women from entering and praying at the Sabarimala Temple. It was urged that the right of the deity to follow his ‘dharma’ flows from Article 25(1) and Article 26 of the Constitution and any alteration in the practice followed would have an adverse effect on the fundamental rights of the deity.

The law recognizes an idol or deity as a juristic persons which can own property and can sue and be sued in the Court of law. The word ‘persons’ in certain statutes have been interpreted to include idols. However, to claim that a deity is the bearer of constitutional rights is a distinct issue, and does not flow as a necessary consequence from the position of the deity as a juristic person for certain purposes. Merely because a deity has been granted limited rights as juristic persons under statutory law does not mean that the deity necessarily has constitutional rights. 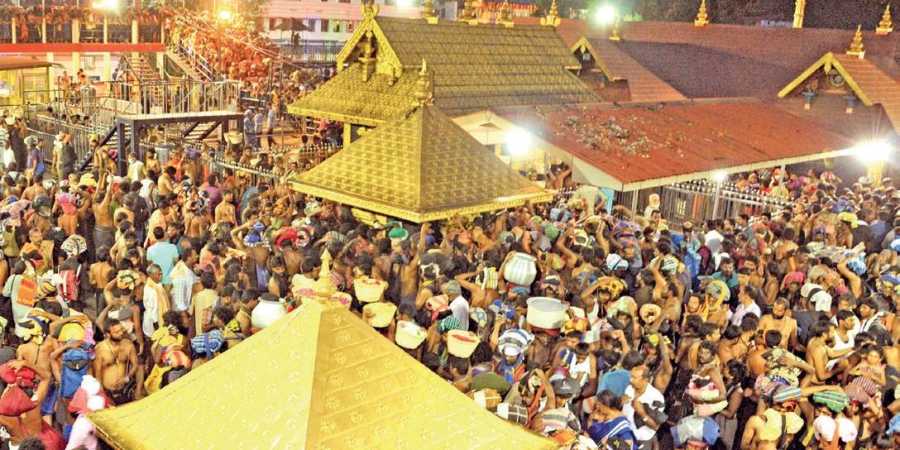