There is no bar on High Court’s power to re­appreciate evidence against acquittal [Sangappa v. State of Karnataka, (2010) 3 SCC 686].

Cambridge Dictionary defines ‘exaggeration’ as “fact of making something larger, more important, better or worse than it really is.” Concise Oxford Dictionary defines it as “enlarged or altered beyond normal proportions.” These expressions unambiguously suggest, genesis of an exaggerated statement lies in a true fact, to which fictitious additions are made so as to make it more penetrative. No exaggerated statement is possible without an element of truth.

There is, thus, a marked differentia between an exaggerated version and a false version. An exaggerated statement contains both truth and falsity, whereas a false statement has no grain of truth in it. It is well said, to make a mountain out of a molehill, molehill shall have to exist primarily. Court, being mindful of such distinction, is duty bound to disseminate truth from falsehood and sift grain from chaff in case of exaggerations. It is only in a case where grain and chaff are so inextricably intertwined, in their separation no real evidence survives, whole evidence can be discarded [Sucha Singh v. State of Punjab, (2003) 7 SCC 643]. Courts in quest to reach truth, ought to make earnest efforts to extract gold out of heap of black sand; solemn duty is to dig out authenticity. It is only when Court, despite its best efforts, fails to reach a firm conclusion, benefit of doubt is extended. 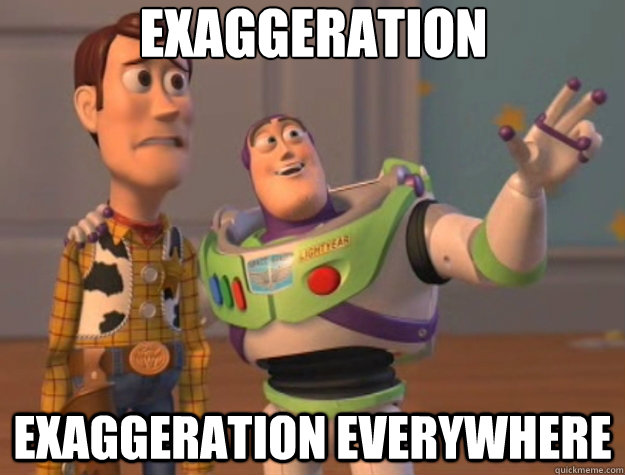