My Lord, What is the difference between a ‘witness of facts’ and an ‘expert’?

“Facts are facts and they remain and have to remain as such forever. The witness of facts does not give his opinion on facts; but presents the facts as such. However, the expert gives an opinion on what he has tested or on what has been subjected to any process of scrutiny. The inference drawn thereafter is still an opinion based on his knowledge.”

SC (P) had held: “An expert witness, however, impartial he may wish to be, is likely to be unconsciously prejudiced in favour of the side which calls him. The mere fact of opposition on the part of the other side is apt to create a spirit of partisanship and rivalry, so that an expert witness is unconsciously impelled to support the view taken by his own side. Besides it must be remembered that an expert is often called by one side simply and solely because it has been ascertained that he holds views favourable to its interest. Although such evidence has to be received with ‘great caution’, yet such evidence, and reasons on which it is based, are entitled to careful examination before rejection and non-acceptance by Court of expert’s evidence does not mean that the expert has committed perjury.”

SC (I) agreed: “Merely because an expert has tendered an opinion while also furnishing the basis of the opinion and that too without being conclusive and definite, it cannot be said that he has committed perjury so as to help somebody.  Government scientific expert certainly stands on a different footing”.

Have we run out of precedents to quote? I have a vested interest in putting up this post. But I am not interested in investigating the history of Pakistan’s jurisprudence on expert witnesses. They are expert indeed. 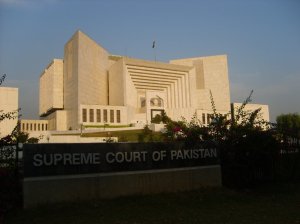