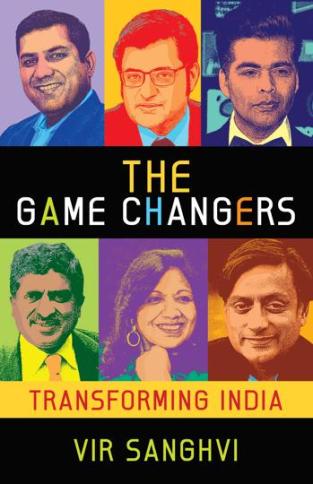 Vir Sanghvi, The Game Changers: Transforming India, (Westland, 2019) describes how Indians are taking over globally in areas that had traditionally been off-limits to us. It is not easy for everyone to express using few words. It is even more difficult to balance between praise and criticism. Arnab Goswami and Karan Johar are Game Changers. I have chosen Sir Vir’s notes on Gaggan Anand. His journey is no less than a movie. Excerpt follows.

In early 2011, I was walking down Soi Langsuan, a Bangkok street that was noted (in that era) for the quality of restaurants and live music venues. I was intrigued by a sign that read ‘Gaggan Progressive Indian Cuisine’. ‘Progressive Cuisine’? That was a new one. 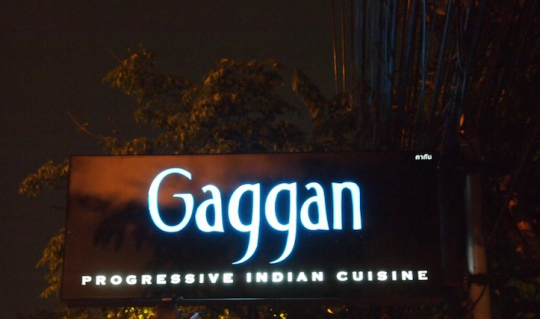 Indian restaurants are rarely full in Bangkok. ‘I am the Chef,’ he said, a little breathlessly. ‘It will take half an hour but we will find a table for you. Can you come back?’ Now I was even more intrigued. When I did return, my table was ready.

There were Indian Chefs who were fooling around with molecular techniques (usually, quite ineptly) but I had never before come across somebody who applied the techniques to Indian food, inventing new dishes of his own.

He grew up in Kolkata as an only child in a home where there was never enough money. Gaggan grew up, by his own admission, as a slightly wild child, with a passion for rock music. His mother’s traditional Punjabi food was so good that when the family ran out of money (which was often), she would cook curries and snacks and sell them to people who wanted throw parties at home. Early on, he decided that he would follow in his mother’s footsteps and try and make a living out of cooking.

When the dual pressures of the dog-eat-dog Taj Palace kitchen and the tension at home got too much, he began missing work or going in late. One day, he drove his motorcycle to the roundabout that led to the Taj Palace, reached a sudden decision and turned around and drove off. He never went back.

‘My wife was standing next to me and when she heard me saying that I would go to Bangkok, she actually hit me.’ But he went anyway. The new restaurant was called Red. Gaggan’s exit from Red was triggered by a tiny incident. He gave a free drink to a guest and was accused of exceeding his authority. He said it was the Chef’s prerogative. The owners did not agree. That phase of his life was also over. ‘Not only did Deepak Ohri give me a job but when people at Red sued me, he handled the lawsuit and made it go away. I am not sure I could have continued staying in Bangkok if he was not around at that time.’